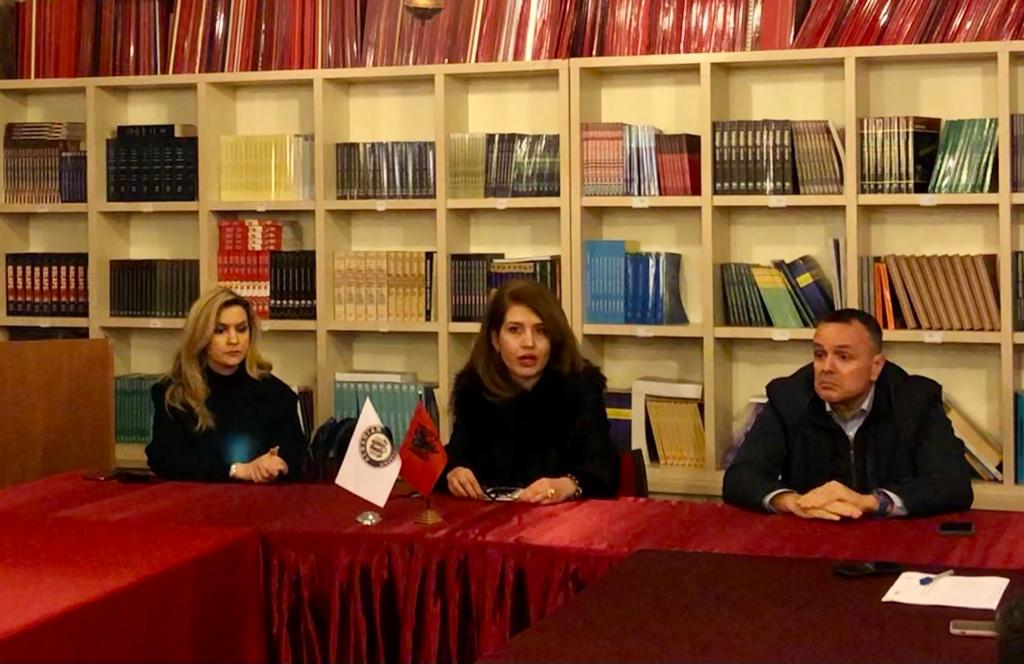 Department of Law and Political and Administrative Sciences at the “Albanian University”, in cooperation with Institute for Political Studies (ISP) organised in the venues of library of the university an open forum on “Decriminalisation/Promotion of Transparency and Accountability of Elected Officials”.

Discussing about decriminalisation law and its effects six years from its implementation, director of ISP Board, lecturer in the Albanian University, Prof. As. Ervin Karamuço expressed his appreciation about this legal initiative, and on the other hand underlined the need for revision of this law, in particular the issue of deadlines for expansion of control on public officials, as well as expansion of control not only in Europe, USA and Canada, but also wider.

Head of Department of Law and Political and Administrative Sciences, Dr. Doriana Pano oriented the debate between the youth and ISP experts on what she considered the “extraordinary public importance of this law, aiming to encourage a more active and civic role of the youth toward developments in the country”.

Students expressed their interest on mechanisms highlighting the transparency climate, meritocracy and accountability and pointed to the necessity of organisation of these forums in the future that encourage them to turn into powerful public voices