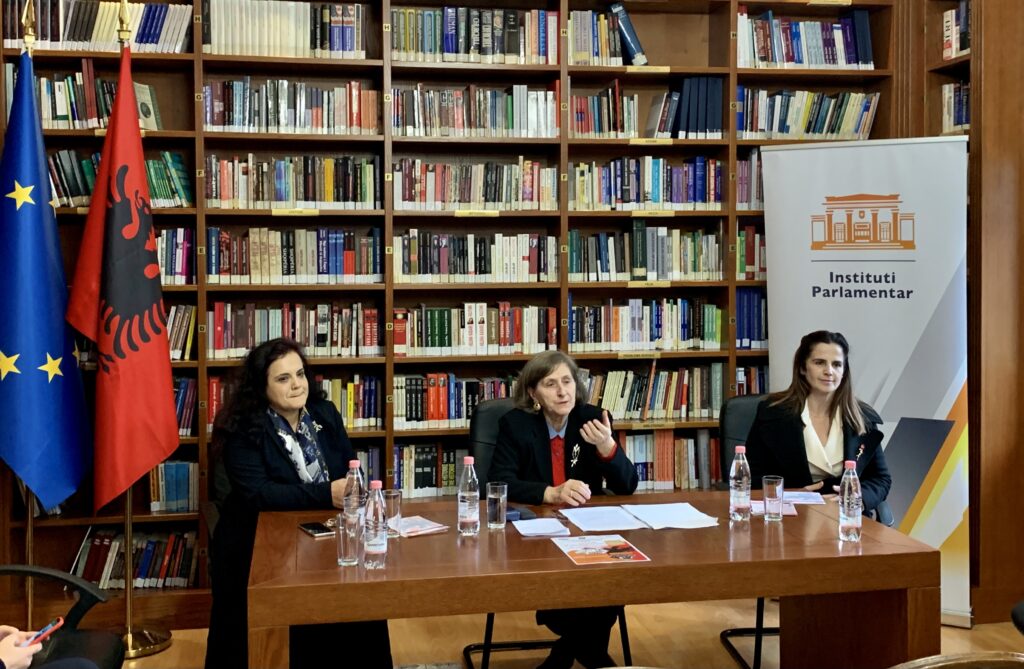 Parliamentary Institute of the Assembly of Albania, in cooperation with “Albanian University”, Faculty of Social Sciences, in the framework of meetings and scientific works on 110th anniversary of the Independence of Albania, held on December 1, 2022 the activity “100th Anniversary of Establishment of Extended Statute of Lushnje”. The opening speech was held by Mrs.Lidra Bushati, Director for the Service of Library and Parliamentary Publications, who praised the cooperation with the universities and contribution of Prof. Naska for the study and transmission of values of history and Albanian parliamentarism. Prof. Dr. Kaliopi Naska lectured on “100th Anniversary of Establishment of Extended Statute of Lushnje” highlighting one of the most important moments of the Albanian people history by the Assembly of Vlora to Congress of Lushnje, whose merit is establishment of legal foundations of Albanian state upon approval of the constitutional act of the Albanian state “Foundations of Kanun of Supreme Council”, Statute of Lushnje and later on was the approval of “Extended Statute of Lushnje” on 8 December 1922, which is a  constitutional act of democratic, national and original character. A document with historical values, which is dominated also by the European spirit and reflected the key principles of democracy. A modern and advanced constitution of the time, which consists of the Albanian constitutional pride for the 20th century. Extended Statute of Lushnje is considered as the Historic Constitution of Albania, which practically served as a set of values and guiding principles for every future Constitution.

Attending the meeting were also lecturers and students of the Faculty of Social Sciences of the “Albanian University”. The meeting was greeted also by legislator Mrs. Pranvera Resulaj, member of Steering Council of the Parliamentary Institute.