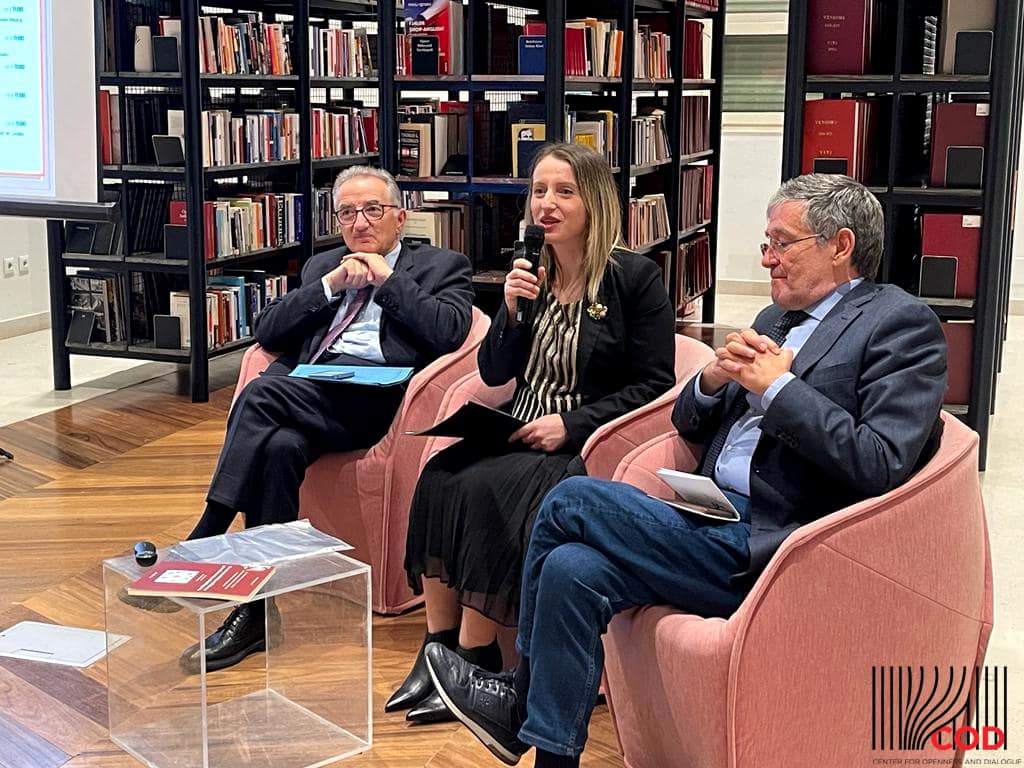 Students of the Department of Education and English and Department of General Psychology in Albanian University attended the activities marking the 50th anniversary of Albanian Language Orthography Congress. They participated in the event held on the forth day of “Orthography Days” on “Recognition of Albanian language and Arbëresh varieties”, organised by Center for Opening and Dialog (COD) at the Council of Ministers Library, in cooperation with Albanian Academy of Sciences.The even was addressed by Acad. Francesko Altimari – linguist, Albanologist, professor and head of Albanology Department at the University of Calabry and Academician Matteo Mandalà – scholar, antropolog, professor and head of Albanology Department at the University of Palermo. The distinguished academicians highlighted the importance of standard Albanian and the work carried out for digitalisation of the vocabulary of Arbëresh varieties, as well as their difficulties for preservation of language assets.Academicians and professors Gjovalin Shkurtaj, Shaban Sinani, Seit Mancaku, Emil Lafe and Kaliopi Naska praised the lectures of Arbëresh academicians Francesco Altimari and Matteo Manadalà in the course of “ Orthography Days” – these beautiful days, focused on scientific trends aimed to protect the Albanian language