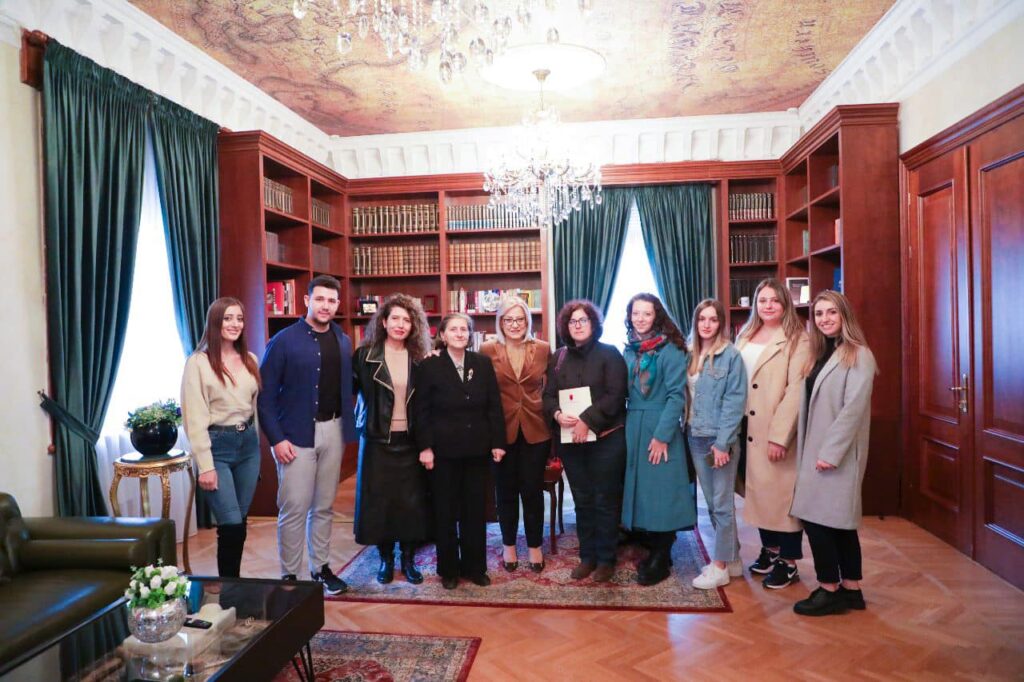 Under the auspices of Speaker of the Assembly of Albania, Mrs. Lindita Nikolla, in the framework of awareness days against gender-based violence and upon initiative of the Parliamentary Institute, the Assembly organised the activity “Implementation and improvement of legislation on gender-based violence”. Attending the activity were female lawmakers of the Assembly, members of the Women Alliance, representatives of international organisations and civil society, lecturers and students of the Albanian University and other universities in Tirana. In her speech, Speaker of the Assembly presented the initiative for legal changes and the Commissioner for protection from gender-based violence. The activity was characterised by discussions of representatives of international organizations, female lawmakers, representatives from civil society and personalities from the academic field. All the participants praised this initiative and offered concrete suggestions for strengthening the fight against domestic violence and gender-based violence. Among them was also Dr. Arbjola Halimi, lecturer of Department of General Psychology in AU. On this occasion, Assembly of Albania hosted also the exhibition with 100 artistic works presented at the Assembly venues from TIRANA ART Center, with creations realised by youth of various ages, where were reflected parts from the exhibition on human rights, fight against violence to women and girls and against trafficking in human beings. For more details, see the information on the link below: