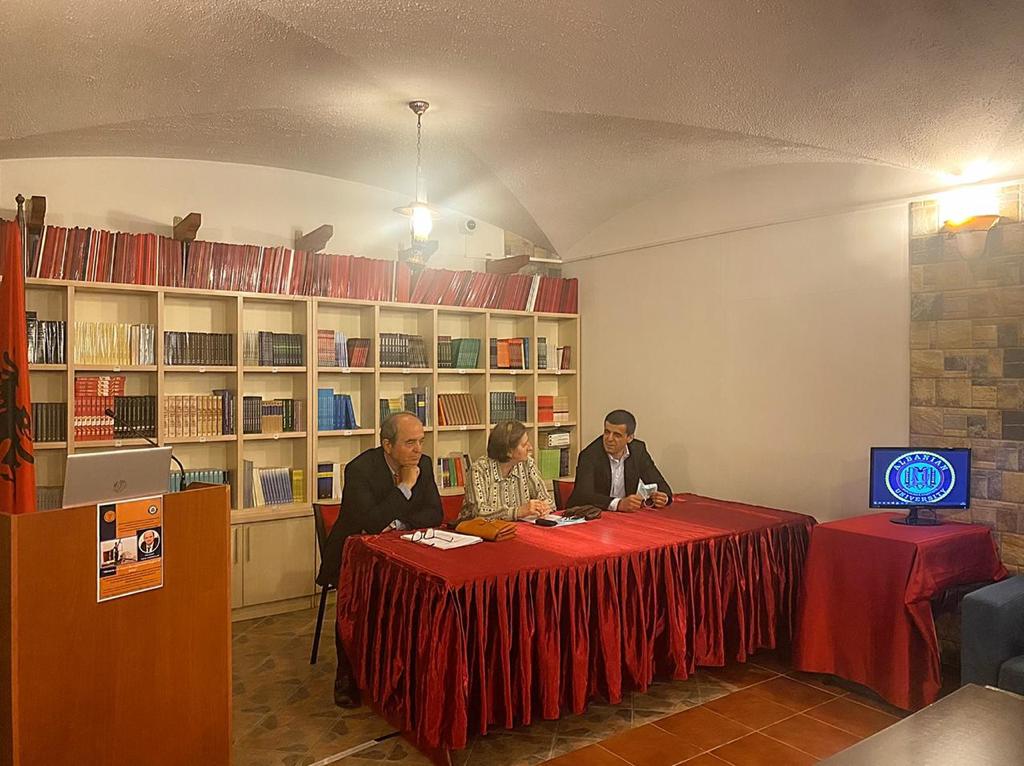 On the National Day of Justice, which commemorates May 10, 1913 – the date when the Albanian legislation recognizes the first legal act of the Government of Vlora, the Kanun of Zhurija, students and professors of the Albanian University had the pleasure to attend an open lecture of Prof. Dr. Irakli Kocollari on the history of Albanian legislation, from Illyria until the adoption of this Kanun, in an activity organized by the Academy of Sciences of the Republic of Albania and Albanian University, Department of Legal Sciences.

Rector of AU Prof. Dr. Kaliopi Naska expressed at the beginning of the activity the gratitude for the readiness that the Academy of Sciences of the Republic of Albania shows to cooperate with AU, through lecturers like Professor Kocollari and the involvement of Albanian University’s academic staff in its projects.

PhD. Ismail Tafani, head of the Department of Legal Sciences at AU, said: “This lecture helps us to open towards the future by relying on a living legal tradition that carries values, which unfortunately are not known enough.”

In his lecture, Professor Kocollari provided a history based on archival sources and research by scholars who have contributed to highlighting historical data on Albanians such as Milan Shuflai and Lucia Nadin.

His panorama on Albanian legislation began from the time when the Illyrians ruled independently over these territories, continuing with the impact that the Roman Empire and then the Byzantine Empire had on the consolidation of the values ​​of legal documents that they found in these territories.

He further focused on the authenticity of legal corps from the Illyrians to the period of Ali Pasha Tepelena, focusing on those elements that constitute the peculiarity of this corpus such as: Statute of Shkodra, Statute of Drishti and other statutes of the time, continuing with acts of the Ottoman Empire, more particularly the national and international legal norms of Ali Pasha Tepelena.